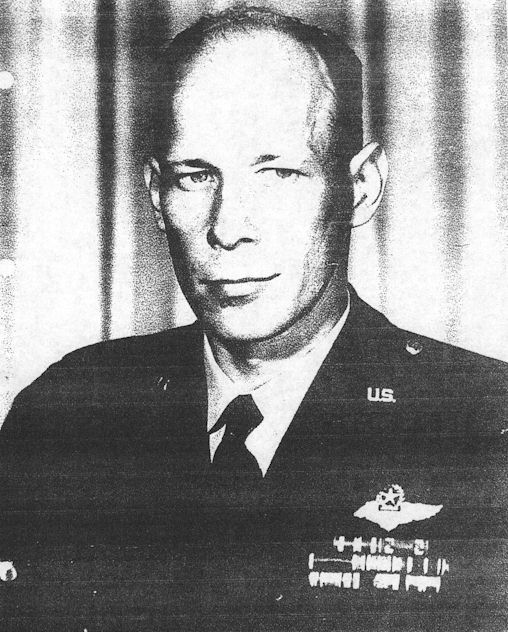 Colonel Richard W. Beck, USAF (Ret) passed away on January 9, 2011 at age 90. He was born in New York City on February 21, 1920, the son of Anna [Peter] and Richard Charles Beck, and attended New York University  prior to volunteering for military service on December 21, 1941. Upon completion of pilot training in July 1942, he was commissioned as a 2nd Lt in the Army of the United States. During World War II he flew B-24 aircraft as a member of the 376th Bombardment Group from airbases in Palestine, Egypt and Libya. Returning from combat, then Capt Beck spent the remainder of the war years as Chief of a Training Standardization Board for a group training B-24 replacement combat crews. Following WW II, he participated in an intensive Russian language training program at Columbia University leading to a staff assignment in HQ USAFE in 1950-51. He then returned to the cockpit and ultimately became a squadron commander in the 91st SRW (RB-47) at Lockbourne AFB, Ohio. Subsequently assigned to the Operations Division, HQ Strategic Air Command, he was promoted to colonel. During that tour of duty he received a BGE from the University of Omaha, Nebraska. Assignments as commander of the 702 Strategic Missile Wing at Presque Isle AFB, Maine and the 556th Strategic Missile Squadron at Plattsburgh AFB, NY, followed. Col Beck's final assignments were in the Directorates of Plans, HQ USAF and HQ CINCPAC, Honolulu, Hawaii. His military awards include the Legion of Merit, the Distinguished Flying Cross, the Air Medal, the Army and Air Force Commendation Medals and the Purple Heart Medal. Retiring from the USAF in 1969, he resided in Chevy Chase, Maryland and was employed by Dean Witter & Co. in Washington, D.C. In 1976, retiring from business, Col and Mrs. Beck moved to San Antonio, TX as residents of Windcrest. At that time he resumed active flying with the Randolph AFB Aero Club as a flight instructor specializing in preparing military pilots for advanced FAA ratings. He was a volunteer in adult literacy programs in San Antonio, opening worlds to those previously unable to read and write. As a military and civil pilot, he logged over 8000 flying hours. Col Beck was a lifetime member of the Air Force Aid Society, the Air Force Association, the Order of Daedalians and the Military Officers Association of America. For many years he maintained an active membership in the Windcrest Golf Club and the Windcrest Tennis Center. Reflecting a lifetime interest in education, Col Beck actively supported the Richard and Elsie Beck Scholarship Fund at Sul Ross State University. He was predeceased by his wife, Elsie R. Beck, in 2005, and is survived by his son, Richard Peter Beck, of New York City and Hawley, Mass. Memorial services and burial with full military honors will be held at Ft. Sam Houston on Thursday, January 20, 2011 at 9:30 A.M. In lieu of flowers, memorial contributions may be made to the Army Residence Community or a charity of choice. Following graveside services a reception will be held for family and friends at The Army Residence Community, 7400 Crestway Drive, San Antonio, TX.